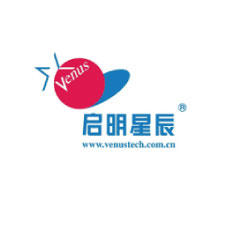 Venustech has a state-level network security technology research and development center and a world-class security research and service team. It has applied for hundreds of technical patents and made many pioneering achievements in the industry: the world’s first IDS hardware product, China’s first distributed vulnerability scanning system, China’s first 10 Gigabit multi-core UTM platform, realization of significant breakthrough in 10 Gigabit UTM core technology and China’s first postdoctoral workstation for the enterprise's network security. To date, Venustech has dig out 74 common vulnerabilities and exposures in total, the highest record across Asia. Venustech was the first enterprise in China to join Microsoft MAPP program. Venustech’s position as a leading company in China’s information security market has been widely recognized by consultancies, commercial organization and media circles. According to International Data Corporation statistics, Venustech has been the leader of China’s IDS market for five successive years and the No.1 UTM vendors in China for four years. Owning to its outstanding performance and extraordinary growth potential in the security field, Venustech was rated by Forbes magazine as one of top 100 most promising Chinese companies in 2006.