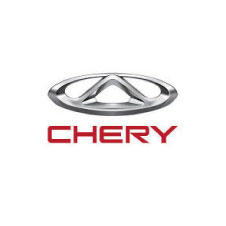 Chery Automobile Co., Ltd. was founded on January 8, 1997 in Wuhu, Anhui Province, China. Chery adheres to independent innovation, gradually establishing a complete technology and product R&D system as well as several famous series, including EXEED, ARRIZO, TIGGO, QQ and FULWIN. Chery products are exported to more than 80 countries and regions in the world. Its two JVs own other brands, such as JAGUAR, LAND ROVER and QOROS, etc. So far, more than 7 million units have been sold, making Chery the first Chinese automobile brand whose sales have exceeded 7 million units. Chery's total export volume has reached 1.3 million, ranking No. 1 in China for 15 years in a row. Chery has set up R&D centers in Wuhu, Shanghai, Silicon Valley and Europe, and built 14 production bases in Wuhu, Dalian, Erdos, Changshu and foreign countries such as Brazil, Iran, Venezuela and Russia. Chery currently has 16,721 employees, among whom 3,500 are R&D staff. Besides, it has introduced over 300 foreign experts and 1200 high-level talents who have master or doctor’s degree, or have studied overseas.