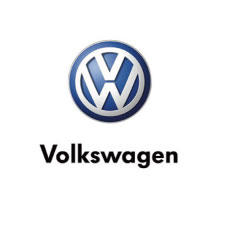 The Volkswagen Group with its headquarters in Wolfsburg is one of the world’s leading automobile manufacturers and the largest carmaker in Europe. The Group is made up of twelve brands from seven European countries: Volkswagen, Audi, SEAT, ŠKODA, Bentley, Bugatti, Lamborghini, Porsche, Ducati, Volkswagen Commercial Vehicles, Scania and MAN. The Group operates 120 production plants in 20 European countries and a further eleven countries in the Americas, Asia and Africa. Each working day, around 630,000 employees worldwide produce some 43,000 vehicles, are involved in vehicle-related services or work in the other fields of business. The Volkswagen Group sells its vehicles in 153 countries. With its future programme "TOGETHER - Strategy 2025" the Group is aiming for a leading position in sustainable mobility. In order to achieve this, the Group will be transforming its automotive core business and will be launching a further 30-plus fully electric cars by 2025, as well as expanding battery technology and autonomous driving as new core competences. It is the goal of the Group to offer attractive, safe and environmentally sound vehicles which are competitive on an increasingly tough market and which set world standards in their respective classes.