7 Steps to Unleashing the Creative Hacker Within

Hacker: n. Someone with an interest in how things work, how things can be broken, and how they can be fixed.

For me, hacking is most closely related to creativity. It’s about looking at things through a different lens. It does not contradict science, rather it compliments it – only through creative imagination do scientists start working to understand and overcome obstacles.

Being creative put humans on the moon, made the pyramids, and perhaps most importantly of all, they made fizzy cola bottle sweets!

But the problem with creativity, is that it’s often not rewarded. Academia is very good at focusing on math, English, literature, but not very good at recognizing or rewarding alternative ways of thinking – the kind of thinking that hackers adopt.

The impact of this is that you end up educating only one half of the brain. This isn’t a new problem limited to modern society. Picasso famously said, “All children are born artists, the problem is to remain artistic once we grow up.”

Or as Darwin said, “It’s not the strongest of the species that survives, nor the most intelligent. It’s the one that is most adaptable to change.”

Now, no one can predict the future. Sure, people can make educated guesses, but that’s pretty much all they are. Which makes it even more important to acquire creative thinking and hacking skills in order to adapt and learn no matter the circumstances. To be clear, I’m talking about creative hacking not for the ‘lulz’, but for survival and the betterment of society.

Many people will bemoan the fact that they’re not creative. But that’s not true – it’s all about tapping into your creative potential. So, I present seven tips to help you to unleash the creative hacker within.

1. Be a creator, not a consumer

Too many people are content being simple consumers. Information is at everyone’s fingertips – with an immense library of TV shows, movies, games, devices, and so on. And while there are some examples of beautiful design and immersive content, the problem is that all the information flows in one direction – from the device to you.

The real fun, and brain engagement, comes from when you create something yourself. It may not be as pretty or nice as something from the shop. Maybe it won’t work as well. But it’s yours – and not only did you probably learn a lot in the process, but you have a ton of ideas on how to improve upon the design if you were to do it again.

Make your own video tutorial instead of watching others, record your own podcast, create your own software, write a story, draw a comic…don’t settle for consuming content that others have made for you.

Pop culture has portrayed the image that a hacker is a loner who likes to sit in a darkened basement. Or that being creative means you’re a slightly insane artist who mutters to themselves while chipping away at a slab of marble.

But rarely do great ideas come from people working in isolation. Collectively, people can come up with great ideas, even if it means taking random concepts and mashing them together.

If you’re not prepared to be wrong, you won’t come up with anything original. In fact, even a cursory glance through recent history demonstrates how some of the most significant inventions and discoveries were the result of mistakes.

Things like, the x-ray, penicillin, post-it notes, chocolate chip cookies, saccharin, stainless steel, Teflon, play doh, and many more were all the result of accidents or mistakes. How will you know what you can do until you try, and fail, ideally as a collective team?

There’s a scene in the Disney Pixar movie Cars where Lightning McQueen is being taught to drive around a dirt track and he’s told, “turn left to go right”. This is an alien concept for McQueen, and he mocks the idea, which causes him to fly off the track.

It’s a perfect example of how so-called conventional wisdom often fails. The point being that when you push your car beyond speed that most people are used to, whilst driving on a surface people rarely drive on, physics apply in a different way and you have to compensate for it by doing things people don’t imagine under normal circumstances.

What it really means is to not take things at face value and opt to not do it ‘the way it’s always been done’.

If you’re stuck on a deserted island, will you be able to hunt, or grow food, make shelter, and stay alive until help arrives? Or will you spend your time nibbling on berries, hoping they’re not poisonous and dying from dysentery?

In the technological sense, it’s important to understand that simply using technology does not mean that you necessarily know how it works. Many times, when a child is using an iPad, they are simply consuming the resources. The real challenge is asking whether or not the child, or even adult, can create anything for the iPad, debug it, change it, etc.

While the iPad is just an example, this can apply to anything. Deconstructing things you use on a daily basis to understand how it works can be immensely useful. Technology should be your slave; you shouldn’t become the slave of technology.

In fact, if you consider all the movies you’ve ever seen, they will fall into one of these categories. It’s why movies are largely very predictable – yet despite this, we still enjoy many of them.

That’s because we may know the protagonists will triumph in the end, but that’s not what we’re really interested in. We want to know the story, the journey that our brave souls will undertake in order to be victorious.

It’s the same reason why script kiddies are so uninspiring. Anyone can point a tool, click, and pop a box. But that lacks the learning and creativity that comes with making mistakes, resetting, and laughing at yourself, which makes it worth the journey.

My favourite Austrian philosopher Arnold Schwarzenegger is famous for his quote, “I’ll be back.” But another less-known quote of Dr. Schwarzenegger is, “It is impossible to be a maverick or a true original if you’re too well behaved and don’t want to break the rules.”

Note that this is about breaking rules, not the law – that will get you into real trouble. But the question you need to ask yourself and of your loved ones is, what are you doing with your life? Are you simply following a pattern of development that someone else laid out for you, or are you using your own initiative?

For those who are too young to appreciate Schwarzenegger, think of it as the lesson learnt from the Lego movie. Don’t follow the instructions…because if you do that, you’ll only ever make what’s on the box.

But you don’t want to do that, because you want to make everything awesome! 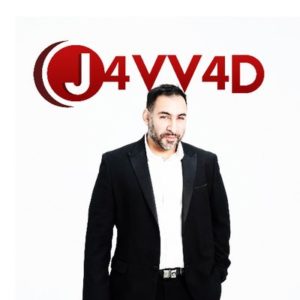