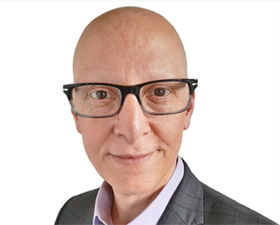 An Israeli automotive cybersecurity firm with a growing presence in Southeast Michigan sees new opportunity to make inroads into the traditional supply chain.

GuardKnox Cyber Technologies Inc., an Israeli company with a recently opened subsidiary office in Livonia, announced Tuesday morning that it is establishing what it's calling the "cybertech tier" in an effort to better work with major automotive manufacturers and top suppliers.

Joe Romeo, managing director of the company's U.S. operations based in Livonia, looks back to his own time working in the automotive industry for OEMs and suppliers. The issue, he said, is that no company was able to offer both the needed hardware and software solutions that are necessary for security purposes as vehicles become more digital.

The team the company has assembled will be a selling point for the security supplier to a host of companies, Romeo told Crain's.

"In a nutshell, GuardKnox has hardware guys, software guys, embedded systems guys and security guys," Romeo said. "And based on their time in the military and all the systems that they did for the Israeli military, they've had to bring all that stuff together."

In a memo outlining its new cybertech tier, the company puts it this way: "A new category that integrates all other tiers throughout the automotive supply chain by offering a broader suite of innovative products and solutions that have high-speed computing capabilities and are secure by design."

The announcement by GuardKnox is generally in line with trends that research firm IHS Markit has been seeing, particularly at the annual CES technology trade show, which takes place in January in Las Vegas.

"Cars are getting smarter and greener. In large part, this is because of advances in the semiconductors being used in cars," the company wrote in a January report. "Self-driving cars and infotainment will be prominently featured at CES again this year, both the beneficiaries of the convergence between consumer and automotive electronics. These advances are paving way to the increased use of System-on-Chip (SoC) that bring a level of computing capability previously unknown in automotive applications."

Romeo said much of the company's anticipated growth hinges on the reopening of the economy and how quickly the automotive sector can ramp up coming out of the COVID-19 pandemic, something that remains unclear.

Still the company has hired four people for its nascent Southeast Michigan operations and is "ready to hit the ground running," Romeo said.

While the company and its products largely function as cybersecurity mechanisms, GuardKnox seeks to market itself more as selling high-performance computing power and as a solution for manufacturers and suppliers to generate cost-savings, Romeo said.

"Nobody can sell cybersecurity, in most cases," he said. "If you're doing a great job at cybersecurity, they don't notice you. That's the beauty of good cybersecurity, is everything is secure, and they never have to worry about it. So you can't sell that. It's basically an expectation."