One of the main goals of the Alliance is to cut hydrogen energy costs by up to 50% by 2030.

When it comes to electro-mobility, most people think of vehicles with a large battery that you charge from an outlet. Yet experts are expecting a lot from another propulsion technology—including an alternative to long charging times. The technology in question is the hydrogen-powered engine, also known as the fuel-cell electric vehicle, or FCEV (Fig. 1). 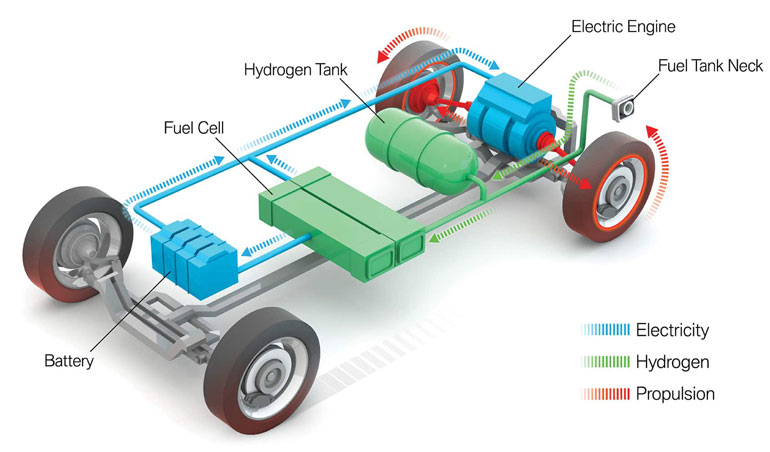 In fuel-cell technology, a process known as reverse electrolysis takes place, in which hydrogen reacts with oxygen in the fuel cell. The hydrogen comes from one or more tanks built into the FCEV, while the oxygen comes from the outside air. The only results of this reaction are electrical energy, heat, and water, which is emitted through the exhaust as water vapor.

Until now, the biggest challenge for hydrogen energy has been its cost. Europe recently announced plans for a new EU-wide partnership called the Clean Hydrogen Alliance to develop hydrogen fuel technologies. The principal goal of the hydrogen alliance is to bring down the costs of producing the alternative fuel and thereby make it more suitable for mainstream adoption.

The Clean Hydrogen Alliance will promote the production of hydrogen in an effort to speed up the EU’s move toward carbon neutrality. The Alliance is intended to bring investors together with governmental, institutional, and industrial partners and build on existing work to identify technology needs, investment opportunities, and regulatory barriers and enablers. It’s expected to be modeled on the European Battery Alliance, which gathered together more than 200 companies, governments and research organizations around battery manufacturing.

According to a recent report, entitled Path to Hydrogen Competitiveness: A Cost Perspective, launched by the Hydrogen Council, a coalition of 81 organizations around the globe, scaling up hydrogen production, distribution, equipment, and component manufacturing, could decrease the cost of hydrogen solutions by up to 50% by 2030. This would make hydrogen competitive with other low-carbon alternatives and help meet the EU’s goal of become carbon neutral (in December, European Union leaders agreed to make the 28-member bloc the first climate-neutral continent by 2050).

There are four major sources for commercial production of hydrogen, three of which require fossil fuels: steam methane reformation (SMR), oxidation, and gasification. The SMR process, which emits CO2, requires substantial heat to chemically separate the hydrogen from the methane molecules. When the emissions of that process aren’t captured, it’s referred to as grey hydrogen.

Hydrogen can also be produced by separating water into its two primary elements—hydrogen (H2) and oxygen (O2). This process, known as electrolysis, passes an electrical current through the water to extract hydrogen. The electricity can be sourced from clean, renewable energy such as wind, solar, or hydro. Electrolysis is used in FCEVs such as the Toyota Mirai (which literally means “the future,” in Japanese).

One stumbling block, as previously mentioned, is that the technology to produce the alternative fuel cleanly—through electrolysis of water—remains prohibitively expensive. In production, achieving competitive renewable hydrogen from electrolysis requires the deployment of aggregated 70 GW of electrolyzer capacity, with an implied cumulative funding gap with grey production of USD 20 billion, according to the Hydrogen Council.

A hydrogen dispenser looks like a gasoline dispenser. Putting hydrogen into a fuel tank is similar to filling a propane tank and sounds like filling a tire with air. The driver connects the nozzle to the vehicle’s receptacle and engages the nozzle’s lock to form a tight seal. The station then performs a system check and afterward the fuel begins to flow. When the tank is full, the dispenser stops and you unlock the nozzle and place it back on the pump just like with gasoline. Filling the tank takes about as long as a gasoline tank (up to five minutes depending on how much fuel is needed).

In the Toyota Mirai (Fig. 2), a power control unit (PCU) decides when to use stored energy from the battery or to draw energy directly from the fuel-cell system. It’s based on the proven Toyota hybrid PCU found in the Prius. A four-phase boost converter brings voltage to 650 V. Driving at a higher voltage makes more efficient use of the motor, giving Mirai a power output equivalent to other hybrids in Toyota’s portfolio.

The entire fuel-cell powertrain of the Honda Clarity FCEV fits under its hood. This frees up valuable cabin space for an interior that seats five adults. Honda will provide owners with a fuel card good for up to $15,000 worth of hydrogen fuel during a three-year lease. In addition, the available HondaLink app comes equipped with StationFinder, which locates the nearest approved hydrogen fueling station, gives you the station’s current status, and provides directions right to it.

The BMW i Hydrogen NEXT prototype provides an initial glimpse of the next generation of hydrogen technology. The BMW Group expects to have a fleet of fuel-cell vehicles on the road in 2022. The fuel-cell stack in i Hydrogen NEXT (Fig. 3) is a result of collaboration between Toyota and BMW. Hydrogen tanks will fit under the rear seat and in the central tunnel, without significantly impacting cargo volume, said to be the same as in the BMW X5 plug-in hybrid. BMW says the i Hydrogen Next can refuel in less than four minutes and delivers a range of between 310 and 370 miles. 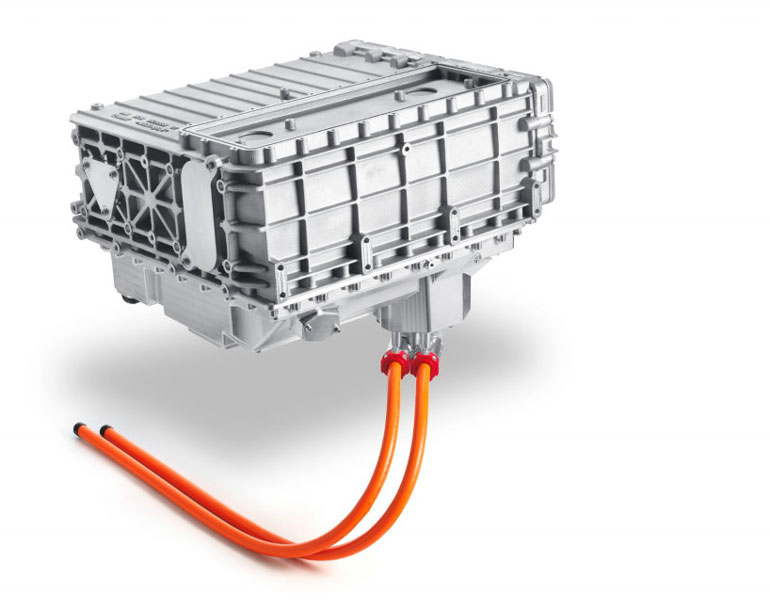 In California, a hydrogen fuel car rental program called StratosShare just added five new Toyota Mirai FHEVs. The program, launched by the H2 firm StratosFuel, makes it possible for people to be able to rent vehicles fueled by H2. They can rent these vehicles by the day or by the hour using the brand’s smartphone app. Once the reservation is made, the app can be used to unlock the rental vehicle, start the car, and pay all associated rental fees. The program is, in part, funded by a California Energy Commission grant. That grant provided StratosFuel with the initial capital it required to buy its first Toyota Mirai fleet.

There are more than 8,000 early adopters of hydrogen fuel-cell cars in California. And, according to the California Fuel Cell Partnership, they can use 44 retail hydrogen stations.

In 2019, a total of 83 new hydrogen gas stations began operation around the globe, according to an evaluation report from H2stations.org. There were 177 European H2 fueling stations in operation by the close of last year. Most of them were in Germany, which had 87 sites, though there were also another 26 sites in France. Some 34 other locations are planned to open in France, with 21 more planned for the Netherlands, while six more will be added to the four currently in operation in Switzerland.

Previous Item：Security flaws in Ford and VW cars could pose risk to drivers – Consumer group Which?
Next Item：Media Partners
Share：