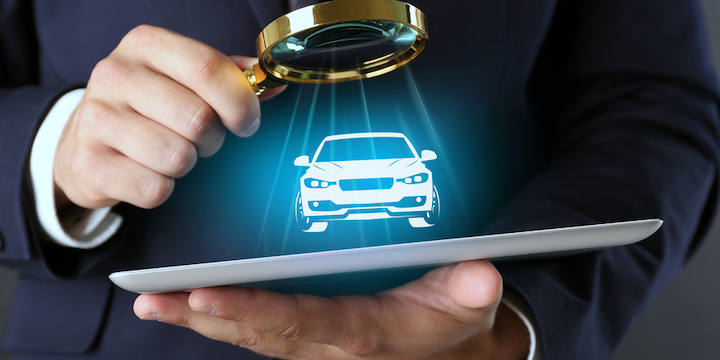 Just like a smartphone or computer, any object — even a car — that is connected to a online network is at risk of being hacked. One Israeli company is looking to provide protection in a realm of new technology that has the potential to be extremely vulnerable.

“2020 is the year of vehicle connectivity,” Yossi Vardi, CEO of SafeRide Technologies, told The Algemeiner.

Tesla is reportedly planning a launch of its electric vehicles in Israel, among other countries, and companies like Google are working out the final kinks in fully-automated self-driving cars, but with increased connectivity trends comes increased risks, Vardi said.

SafeRide predicts that by 2020, 98% of cars will be connected to the internet.

New technologies involving network connectivity allow car manufacturers to have better access and a closer relationship with their customers, but they create opportunities for hackers.

“The automotive industry is undergoing dramatic changes in architecture and software which poses major risks to vehicle and car maker,” Vardi said.

While there are several risk factors, safety is always the most pressing concern.

According to Vardi, when it comes to self-driving cars, “if someone can interfere in the vehicle operation and can install a malware on one of the vehicle computers, they can actually mimic the driver and give the vehicle false commands.”

From commanding an autonomous car to make dangerous physical maneuvers to simply putting a bug in a display system, all connected cars are exposed to threats. For example, Vardi said a hacker could easily make a car display full battery power, deceiving the driver and causing it to shut down when the driver least expected it.

“They can do the same to an entire fleet of 100 public buses, making them shut down in a matter of minutes,” he noted.

There is also a privacy threat when a vehicle is connected to the internet, since its sound system can be hacked and private conversations recorded.

Intellectual property theft is another major vulnerability. A car company could hack a vehicle of one of its competitors, “reverse engineer the software, and have a competitive product on the road in two weeks,” said Vardi.

Matan Saraf — a product strategy adviser who has worked with some of Israel’s leading cybersecurity companies and an expert in vehicle security — told The Algemeiner that Israel was among the top four countries in the vehicle cybersecurity innovation field, alongside Japan, the United States and Germany.

SafeRide, he stated, was among Israel’s most promising companies in this area.

The idea for the company was hatched in late 2015, Vardi said, while he and SafeRide’s would-be CTO Hilik Stein were watching Google test drive self-driving cars in Silicon Valley. He said they took somewhat of a “criminal approach” to the technology in immediately considering its weaknesses and understanding how urgently someone had to find solutions.

SafeRide, based in the Ramat HaHayal, started as a cybersecurity company and later added an analytics-monitoring service.

“Not only are we helping the car maker be aware of any potential cyber risk,” Vardi explained to The Algemeiner. “We can provide a constant updated view of the health status of any given vehicle.

“There is no need for you to go to a service station and lose six hours,” said Vardi, who was recently named by Industry Wired magazine as “one of the top 20 extraordinary CEOs to watch.” “Instead, the company can refresh the software from the cloud straight to the vehicle, and it would be covered under warranty.”

The technology is based on artificial behavioral vehicle intelligence with a “positive security posture,” meaning that the software learns the behavior patterns of the vehicle so that any anomalies or deviations stand out and are easily detectable.

Most of SafeRide’s competitors base their model on “negative security posture,” which Vardi compares to an airport security guard searching every single customer, rather than only isolating the suspicious ones.

SafeRide’s technology is not available to individual vehicle owners, as it is targeting larger companies looking to implement it as a part of their in-house service. Vardi said the company is working with two major vehicle manufacturers, one in North America and one in Europe, and it plans to have an official software launch in mid-2020.

Saraf told The Algemeiner that the threat to mobility infrastructure is constantly on the rise, not only from human hackers, but from bots and viruses. He said the technology is growing so fast, at this rate “cybersecurity companies are struggling to keep up with the demand.”

“The biggest thing to be afraid of is the ‘black hole,’ and our inability to understand the risks at the rate they are growing,” said Saraf.

Vardi said, “The key message is not to be scared. We live in Israel and we deal with terror and other threats on a daily basis. That’s what we tell our clients. We don’t want anyone to be scared, just to know how to deal with it and mitigate the risks in a responsible way.”