The car networking related industry has been highly valued by the state. In 2018, the National Development and Reform Commission released the "Intellectual Vehicle Innovation Development Strategy Consultation Draft": By 2020, smart cars will account for 50% of new cars, about 15 million vehicles, and 5G wireless roads for smart highways in big cities. Communication network coverage reaches 90%.

The Internet of Vehicles will redefine the DNA and brain of the car. In the future, the car with “Car Network DNA” will not only be efficient and environmentally friendly, but more importantly, it will be intelligent and safe. It can provide unprecedented traffic safety and even cause traffic accidents for car drivers. The probability of reduction is zero。 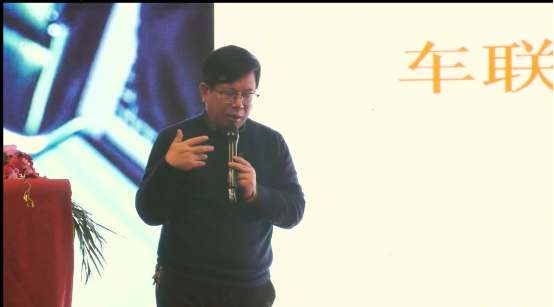 At the "The 4th China Automotive Network Information Security Summit 2019" hosted by GRCC, Mr. Li Jianhua, Dean of the School of Cyberspace Security of Shanghai Jiaotong University, explained the development and security testing of the Internet of Vehicles technology.

First, Dean Li introduced us to the development trend and security risks of the Internet of Vehicles technology. The development trend of vehicle networking technology: 1. Intelligent platform: The vehicle intelligent platform is based on advanced sensing and artificial intelligence technology to provide integrated intelligent services for vehicles. 2. Networking: V2X (Car and Internet of Things) is a new automotive technology development direction through the integration of Global Positioning System (GPS) navigation technology, vehicle-to-vehicle communication technology, wireless communication and remote sensing technology. Manual driving and automatic driving are compatible. 3. Computation and networking collaboration: Computation and communication resources co-scheduling and optimization technology, innovative traditional network architecture, in line with the dynamic and high-information physical integration of the driving space of the car network networking needs. 4. Big data: build and utilize the big data platform of the Internet of Vehicles, with big data and content as the center, and produce fine-grained monitoring and full-process optimization for the production, application, driving, maintenance and value-added services of vehicles. 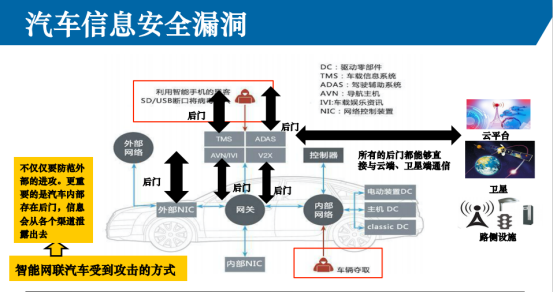 Then, Dean Li explained to us the new features of the security vulnerability of the Internet of Vehicles: 1. From the "outside-in" attack to the "inside-out" information leakage. 2. From a single point of attack to a multi-point information leak. 3. For a car, the identity is changed from "invaded object" to "latent spy." 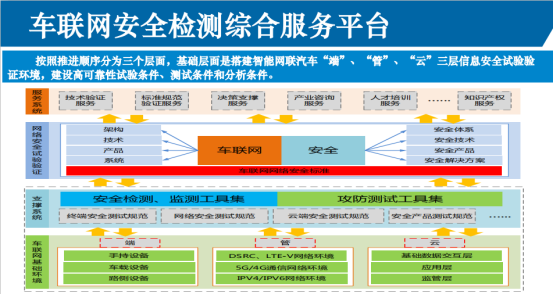