Symantec: IoT and cloud the next frontier for ransomware 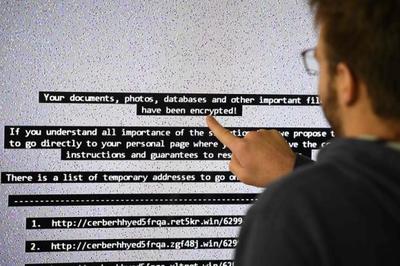 The year 2016 is the year ransomware grew in prominence as attackers increasingly targeted enterprises and users by withholding the victims' data, often with sophisticated encryption in return for ransom money.

With the year drawing to a close, it’s important to take note of what to watch out for in cybersecurity in 2017.

Ubiquitous connectivity in our daily lives is a good thing but it also brings attention to a massive brewing problem as all these connected things, if not sufficiently secured, will provide easy access for criminals to launch cyberattacks.

Symantec, one of the leading global security firms predicts that ransomware attacks, which are growing in numbers as we speak, will continue to evolve with the Internet of Things (IoT) as the next frontier for exploitation.

As automotive technology continues to evolve and cars start to gain connected capabilities, Symantec believes that it’s only a matter of time until we see an automobile hack on a large scale according to the security firm.

This could include cars being held for ransom, self-driving cars being hacked to obtain their location for hijacking, unauthorised surveillance and intelligence gathering, or other automobile-focused threats.

The firm also noted that the attacks will lead to a question of liability between the software vendor and automobile manufacturer, which will have a long term implication on the future of connected cars.

Similarly, the increasing number of IoT devices, especially in the enterprise space will increase the point of exposure for ransomware attacks.

The firm noted that security experts and incident response teams will need to know that thermostats and other connected devices could be used by hackers as jumping points into the network.

This is similar to how printers servers were used for attacks several years ago according to the company as nearly everything in an enterprise today is now connected to the Internet and will need to be protected.

2017 might also be the year we see more DDoS (distributed denial of service) attacks on smart connected devices.

For starters, a DDoS attack happens when large number of compromised PCs and connected devices, usually infected with Trojans, are used to launch denial of service attacks on targeted servers.

According to Symantec, the attack on Dyn, the DNS (domain name system) service provider in the United States shows that there are a large number of IoT devices that do not have security on them and are tremendously vulnerable to attacks.

The brute force attack in October was made possible through the use of hundreds of thousands of hijacked IoT devices against Dyn, causing lengthy downtime for many major websites and online service providers.

The Guardian reported the Mirai botnet used in the attack is largely made up of IoT devices such as digital cameras and DVR players.

According to Symantec, it’s almost impossible to fix the vulnerabilities in the IoT devices sold without recalling them or issuing security updates. The firm believes that as this lack of security will continue for the foreseeable future, the number of IoT attacks will only increase as well.

And if you think moving to the cloud is the best way to stay away from ransomware, think again.

The significant shift towards cloud-based storage and services is making cloud a very lucrative target for attacks according to Symantec.

Contrary to popular believe that cloud is completely safe from attacks, it is actually not always automatically protected by firewalls or more traditional security measures

The security firm believes that there will be a shift in where enterprises need to defend their data as cloud attacks could result in multi-million dollar damages and the loss of critical data.